The annual International Grain Council (IGC) conference just concluded in June, and the "Chinese market" and "new crown epidemic" became the most popular keywords for this conference. The new crown epidemic has impacted almost all industries, and of course inevitably affected the global supply and demand relations and trade flows of commodities. Traders, brokers, shipping companies, etc. can not avoid the risks and challenges brought by the new crown epidemic, which is undoubtedly Increased uncertainty in trade negotiations and contract execution. 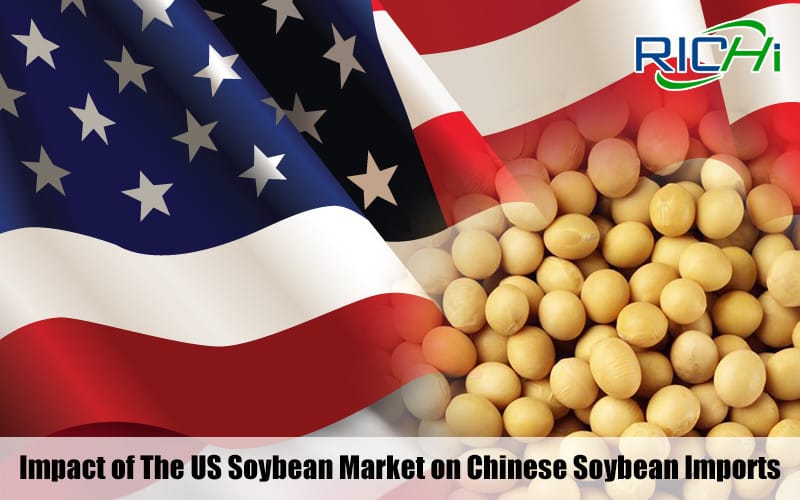 (Soybeans are one of the most common animal feed raw materials. Soybeans are rich in nutrients. Its seeds contain about 40% protein, about 20% fat, about 30% carbohydrates, and abundant inorganic salts and vitamins. In the same The product contains such complete and rich nutrients that no other crop can match, only soybeans are unique.)

The market has witnessed a sharp increase in global soybean demand in the past decade, but the US soybean market is now facing challenges. In addition to the impact of African swine fever last year, the new crown epidemic since the beginning of the year and the impact of national restrictions on the global supply chain. But so far, port work and shipping have been carried out normally at a regular pace. Although transportation was affected to a certain extent in the context of the New Crown Epidemic, the transportation of US beans and other agricultural products to the port was mainly via rail and inland waterways, requiring very little labor and relatively little impact from the epidemic.

China has always been the largest customer of US soybean exports, and there are more than three months before the harvest of US soybeans in the new quarter. The most important concern for the US soybean market in 2020/21 is the changes in Chinese customers’ purchases and the US and Brazilian soybeans this fall. Stock. The current US soybean planting progress, price trends and export order signing have all shown good momentum.

At the same time, the current US soybean planting progress is much higher than the same period last year. Although it is still early in the US soybean growth season this year, the progress of soybean and corn planting is significantly faster than in previous years. Of course, the humid climate last year was also one of the reasons for the slower planting progress. This year's climate conditions are expected to be good, rain Abundant and suitable for planting. As of mid-June, the progress of soybean planting in the United States has reached 93%, exceeding the average value of 88% over the same period in the past five years. Early planting often has a positive impact on soybean production.

Since the first half of this year, US soybean spot prices have generally been on a downward trend, and with the smooth progress of US soybean planting progress and forecasted output growth, US soybean prices may be under further pressure. As of June, under the influence of factors such as inventory tightening and the new crown epidemic, the prices of commodities including soybeans have been under pressure. An analysis report that has long paid attention to the US soybean spot market quotation shows that in central Illinois, the largest soybean production state in the United States, Since the beginning of the year, soybean prices have fallen by almost $1 per bushel. The USDA expects that the average price of US soybeans in 2020/21 will fall by 30 cents per bushel compared to 2019/20. Spot inventory of US soybeans in 2020/2021 will continue to tighten. At the same time, the following important reasons have also caused prices to fall: First, Lower corn prices have put pressure on soybean prices; secondly, the increase in soybean production in South America and the accumulation of Chinese stocks may inhibit price increases. From the data in the table below, the spot price of US soybeans in 2020/2021 has fallen by 4% compared with the same period last year.

According to sources learned from various channels such as traders, industry departments and official agencies, as the supply of soybeans in South America declines and China is close to reaching the first-stage trade agreement, US soybean exports will continue to increase, and China-US soybean trade is gradually recovering in 2017/ The scale of 18 years ago. Since June alone, US soybean exporters have received inquiries and orders from many Chinese buyers. On June 15, the US Department of Agriculture announced that private exporters sold 390,000 tons of soybeans to China for delivery in 2020/21 (the soybean sales year begins on September 1). There are also private exporters on June 11 The USDA reported 720,000 tons of soybean exports to China, of which 63,000 tons will be delivered in the 2019/2020 marketing year and 657,000 tons will be delivered in the 2020/2021 marketing year.

The market share of US soybeans is recovering. As of June, US soybean export volume has increased by 22% compared with the same period of last year, reaching 55.8 million tons. Looking back at the US soybean market share of about 38% to 40% before 2017/18, it fell to a record low of 30% in 2019/2020, in view of the supply, crushing, export and final inventory of US soybeans in 2020/21 Increased, and driven by the expected increase in Chinese soybean demand, global soybean import demand will rise in 2020-21, and the US Department of Agriculture expects the US soybean market share to rise to 34%.

Previous: How to formulate goose feed pellets? Next: The Impact of the Brazilian Soybean Market on China's Soybean Imports under the New Crown Outbr