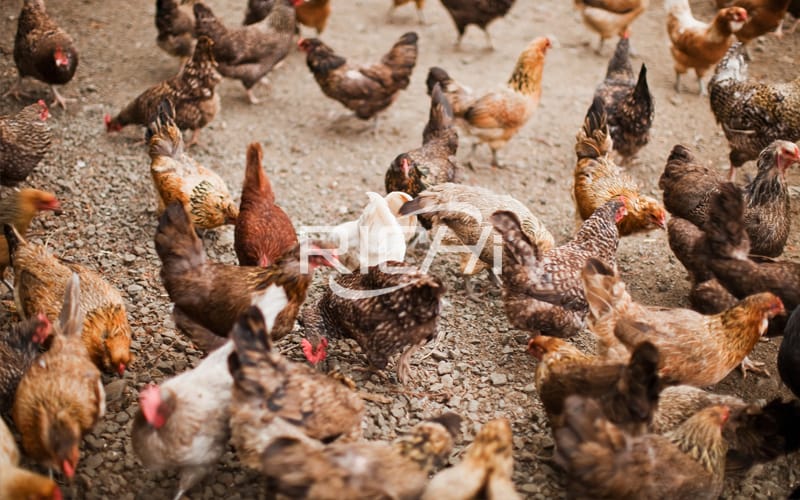 Common phenomenon: Not only does the feed intake of the chickens in the local area not increase, but it temporarily decreases. The chickens in this area are underweight. This phenomenon is generally found in chicken houses with net beds.

Install a manual switch on 10~15% of the fan circuit as a backup. Generally, it is turned off, and it is turned on in extreme high temperature and high humidity weather, or when other fans fail.

Improper grouping of fans, too many fans controlled in the last group, and frequent opening, the wind speed will suddenly increase, and the wind speed will suddenly change from high to low, resulting in a decrease in the stress intake of chickens. For example, in a chicken house, there are 5 side wall fans and 8 longitudinal tunnel fans. If a 5-level ventilation controller is used, there are 2 groups of side wall fans and 3 groups of longitudinal tunnel fans (2/2/4 or 2/3/3 ), a wind speed drop of 0.8~1m/s will inevitably occur.

Improvement method: replace the environmental controller, increase the fan group, the maximum drop of wind speed does not exceed 0.5m/s.

There is no deflector on the air inlets of the wet curtains on both sides, and the air velocity is 3~5m/s. Such a high wind velocity directly blows on the chicken, causing stress.

Improvement method: equipped with thermal insulation deflectors and diversion in summer, so that the air flows diagonally upward without blowing chicken directly, and keeps warm in winter.

Common phenomenon: The death of older chickens suddenly increased, and the time of death mainly occurred at night. The main cause of death was the heavier chickens. When the heat stress index of the indoor environment is higher than 165, the above phenomenon will occur. When the heat stress index is greater than 170, a large number of deaths will occur. There are special articles on heat stress, so I won't go into details here.

Improvement method: When the spray cools, the normal ventilation must be maintained; in high temperature and high humidity weather, the ventilation should be increased slightly, and the standby fan should be turned on.

After the power outage in summer, the remedial measures are not timely. Even if there is a backup generator, it can not be started in a critical moment because of long-term non-use.

Improvement method: Regardless of whether there is a power outage, the standby generator set starts to run once a month.

MOST POPULAR
The effect of animal feed processing technology on feed nutrition 2021-01-15
How to choose feed additive premix for animal feed mill factory? 2021-01-15
Commonly used layer feed raw materials 2021-01-15
How much does a ce good stability 1-10 ton per hour capacity alfalfa hay wood pellet mill cost in Canada and USA? 2021-01-14
Precautions for all stages of pig raising in winter 2021-01-14
How to Control the Moisture Content of Cattle Feed Pellet in Cattle Feed Line Production? 2021-01-13
How to build easy to handle 10TPH stable performance biomass wood pellet production line in Indonesia? 2021-01-13
Why is fish meal the best feed material for the aquaculture industry? 2021-01-13