Rotary grading screen is an indispensable equipment in modern animal feed production technology and is widely used by poultry livestock animal feed manufacturing factories. In the animal feed production process, it is found that some users often encounter some abnormal situations due to insufficient operation and maintenance of the equipment in normal times. For example, the poor levelness of the screening ship causes irregular vibration and jumping of the screening ship, high noise, which affects the output and causes the bolts of the joints to loosen or even cut, the screen and the material type do not match, resulting in low output, etc., which affects the normal production get on. Therefore, the correct operation and maintenance of the rotary screen is particularly important for the user in normal times. The operation, maintenance and common faults of the rotary screen are briefly introduced. It is hoped that the user can implement the correct operation according to the following points. 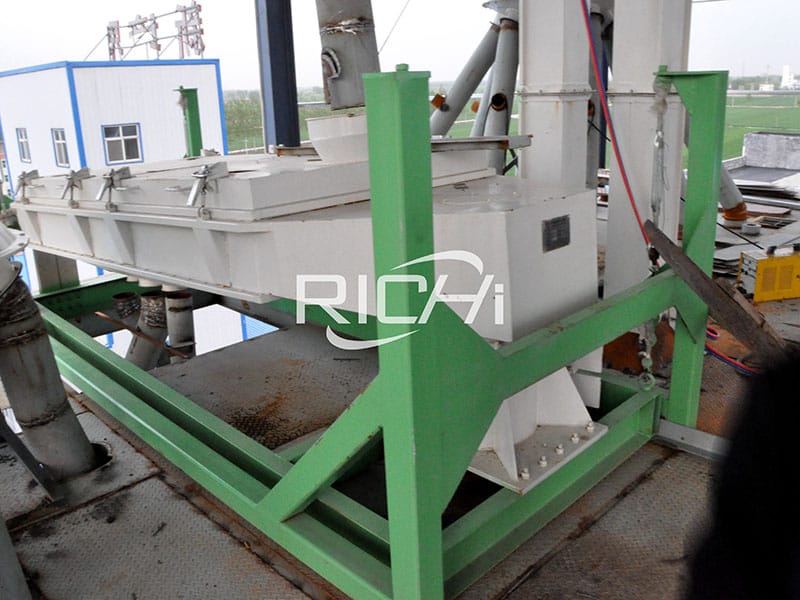 (1) Before starting up, the operator should carefully read the manual of the rotary screen, be familiar with the performance of the machine, understand the structure of the machine and various operating points.

(3) The equipment is started to run for 2-3 minutes, and there is no abnormal phenomenon (such as stuck, touched, rubbed) before feeding.

(4) During the production process, the feed inlet of the rotary screen should always be filled with material as much as possible to prevent the rotary screen from being idle for a long time without material on the screen surface, increasing the wear of the screen and the load of the transmission box. Uneven.

(5) For large-scale rotary equipment with double feed inlets, in addition to meeting the above requirements, the materials falling on the screen surface from the two feed inlets must be similar. Avoid the collection of materials at one end of the screen ship to make the transmission box load less. all.

(6) If strong vibration, noise, excessive bearing temperature rise and other abnormal conditions occur during the operation of the machine, it should be shut down immediately for inspection. The reason can be found, and the production can be continued after the fault is eliminated.

(7) The machine must not be used under overload conditions.

(8) For the screening of materials with different properties, screens with different holes should be used to meet the requirements of output and quality (the detailed configuration table is in the manual for reference).

(9) By adjusting the tightness of the bolts on the slings, the four slings have the same length and uniform stress, eliminating the vibration of the wire sling, so as to increase the life of the wire sling and make the screen ship run smoothly.

(10) Fill an appropriate amount of lithium grease at the grease nipple of the transmission case every shift. Run for one year to clean the bearings and change the grease.

(11) After the machine has been running for 1,000 hours, a comprehensive inspection should be carried out. If parts are found to be damaged or severely worn, they should be repaired or replaced. 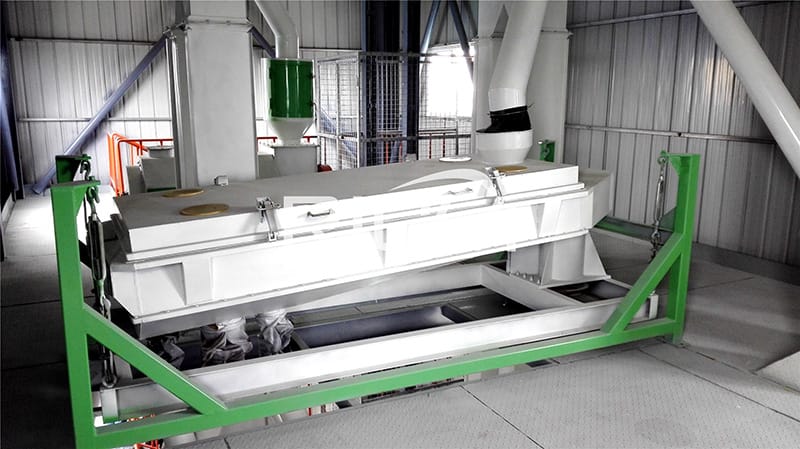 In recent years, the main failures of rotary screens at the user site are as follows:

Exclusion method a: Re-adjust the length of the four slings to make the lengths of the slings the same. At the same time, adjust the levelness of the machine base. The four points of the screen surface of the sieve ship are in a plane (it is absolutely not allowed to "rear high and front The “low” phenomenon occurs, that is, the tail support is high, and the sieve ship's head is low). b: During the manufacturing process, improve the processing technology of the transmission case and cover plate. c; The connection between the transmission box and the machine base is tightened correctly and in place (a lot of faulty equipment is found on site, and there are many improper and improper bolt connections).

(2) The output is low, the main reason is a: the user's screening material does not match the factory equipped screen. b: The feed of the rotary screen is uneven and the idling time is long.

Elimination method a: For the screening of materials with different properties, screens with different holes should be used to meet the requirements of output and quality (refer to the detailed configuration table in the manual). b: As far as possible, the feed inlet of the rotary screen should always have material falling on the screen surface, to avoid that there is no material on the screen surface to make the rotary screen idle for a long time (the distance between the two levelers of the cooler in the previous process can be adjusted to 30 Mm below).

(3) The stern support is easy to damage, the main reason is: the elastic plate supporting the tail during the operation of the screen ship (the support of the large rotary screen is supported by graphite balls) restricts the longitudinal movement of the entire screen ship and supports the screen ferry. The elastic plate loses its own elasticity due to uneven force or bears torsion stress for a long time, that is, elastic failure and breaks.

Elimination method a: Check in time according to method a in 1 above, find out in time, and replace in time. When conditions permit, all supporting elastic plates should be replaced as much as possible at the same time, and the force of each supporting elastic plate should be uniform as much as possible, so as to make the amplitude uniform. b: For the tail support of a large rotary screen supported by graphite hemispheres, the graphite hemisphere should be replaced in time after the cause is found out.

(4) In addition to the above points, after the rotary screening equipment is used for a period of time, the wooden screen frame in the screening vessel is also prone to loosening and movement, which provides a new source of vibration for the entire screening vessel. The screen frame can be tightened by tightening the length of the adjusting screw at the stern of the screen to eliminate this phenomenon. 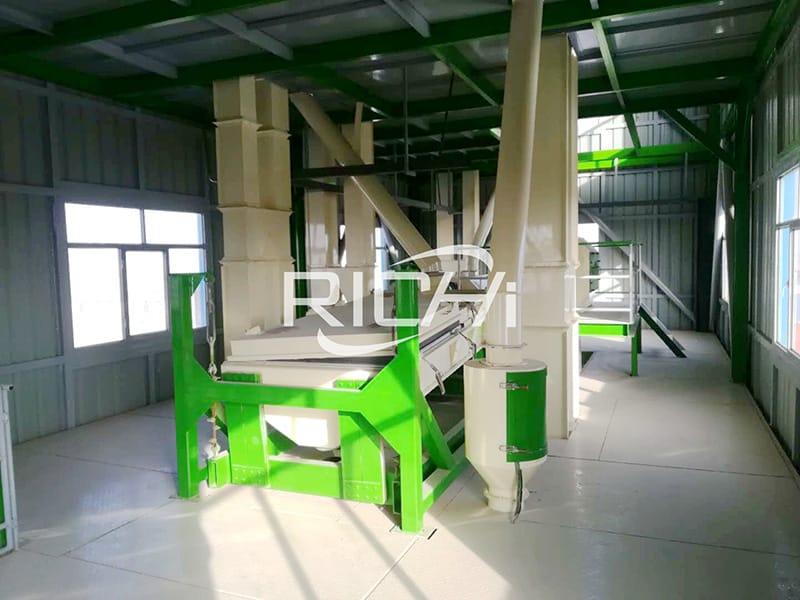 We produce sieves of several models, they are used to remove the dust from the pellet before packing it or before bulk delivery.

•Special balance mode, the inertial force in all directions is balance, small vibration, and low noise.

•Streamline design inside, without material deposition and cross-contamination.

•The whole transmission system and sieve vessel can be suspended on the prefabricated suspension structure of building, and can be used for the suspension of floor type frame base.