Additive premix refers to a mixture of one or more nutritional and non-nutritive additive materials, mixed with carrier and diluent.It includes additive premixes for pigs, poultry, ruminants, and aquatic animals. It mainly contains minerals, vitamins, amino acids, growth promoters, antioxidants, antifungal agents, colorants, etc. It is a semi-finished product of compound feed and can be used to produce full-price compound feed and concentrated feed. It can also be sold separately but not directly Feed the animals. The dosage is very small (the amount added in the compound feed is generally 0.5% to 3%), but it has a great effect. It has the effects of supplementing nutrition, promoting animal growth, preventing and curing diseases, and improving the quality of animal products. 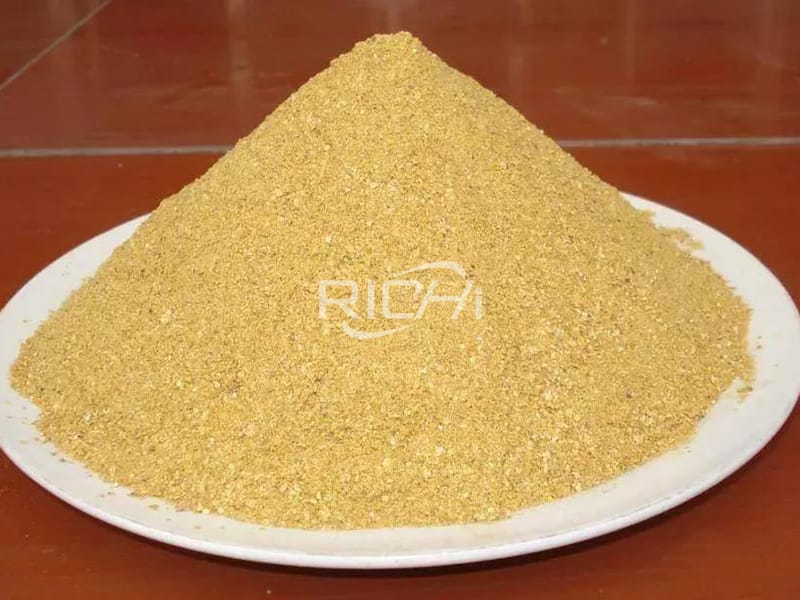 ★Classified according to the composition of active ingredients

(1) Ensure the stability of active ingredients

(2) Ensure the uniformity of active ingredients

3. The main points of the additive premix feed production process

(3) Bulk weight. Active ingredients with large differences in bulk density are difficult to mix uniformly, and delamination may occur during transportation and storage time. In the production process of additive premix, it is necessary to try to reduce the difference in bulk density between various feed additives, and try to get close to the bulk density of the full-price compound feed.

(4) Static charge. The smaller the particles, the purer the compound, the drier, and the higher the electrostatic charge. Increase the volume, reduce the bulk density, and be in an "active" state. When mixing, these small particles with electrostatic charge will adhere to the metal surface of the mixer and the metal surface of the discharge port due to the action of the opposite sex with other materials. On the one hand, it causes the loss of active ingredients during this mixing. On the other hand, it causes pollution during the next mixing. 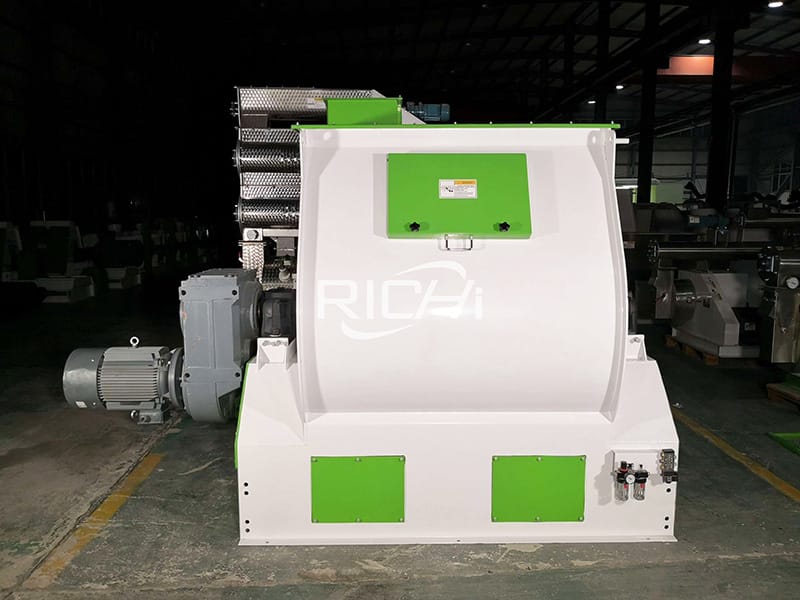 A process in which mixing and separation coexist at the same time. All the factors that affect these effects will affect the mixing quality, the main factors are as follows:

The main mixing method differs depending on the model; the mixing intensity also varies greatly. For example, the horizontal spiral mixer based on convection is superior to the vertical spiral mixer based on diffusion in terms of mixing time, mixing quality and residue. Therefore, it is extremely important to choose the right mixer.

(2) The influence of the physical properties of the mixed components

Physical properties mainly refer to the density, particle size, particle surface roughness, moisture, scattering, agglomeration, etc. of the material. The smaller the difference in these physical properties, the better the mixing effect, and the more difficult it is to separate again after mixing; in addition, the smaller the proportion of a component in the mixture, that is, the greater the dilution ratio, the more difficult it is to mix. In order to reduce the re-separation after mixing, a viscous liquid component, such as molasses, can be added when the other components are close to the completion of mixing, to reduce its scatter, thereby reducing the separation effect.

(4) The influence of static electricity

Vitamin B2, folic acid, minerals and other materials will be adsorbed on the wall of the machine due to the electrostatic effect. The body should be properly grounded and antistatic agent should be added to prevent the influence of static electricity.

Generally, the method for evaluating the uniformity of mixing is to intercept a certain number of samples at certain designated positions in the mixer or at a certain time interval at the outlet of the mixer, and measure the detection group contained in each sample. And then calculate the coefficient of variation according to the following formula. 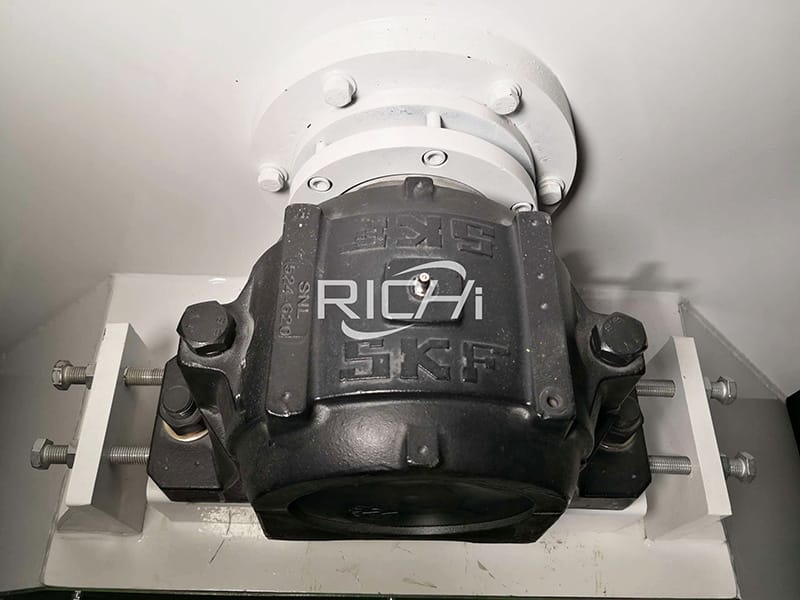 6. Quality control in the production of additive premix

In order to obtain satisfactory quality pre-mixed feed, in addition to a mixer whose structure and technical parameters meet the technological requirements, a reasonable arrangement of the front and rear procedures and the reasonable use of the mixer itself are important conditions. In addition, the choice of carrier diluent, good charging of the mixer, reasonable operation sequence and proper control of mixing time are also necessary conditions.

(1) The choice of carrier diluent

The various additives that need to be diluted are usually very fine, so choose a thinner with a particle size and density close to it. Suitable diluents or carriers include commonly used feed ingredients such as soy flour, wheat flour, defatted rice bran and the like. Generally, materials with fine particle size, no dust, and affinity for the active ingredients in the additives are selected as diluents or carriers.

If the diluent or carrier is selected properly, the finished product does not need to be shipped. If the active ingredient in the additive is not concentrated, there is no need to use a binder. If the pre-mixed product needs to be transported over long distances, grease should be used. The biggest disadvantage of using grease is that a part of the active ingredients of the additives stay on the blades of the mixer, which affects cleaning.

The order of adding various ingredients depends on the form of the mixer, the general order is as follows:

①Send 80% of the diluent or carrier into the mixer;

③Send the remaining 20% ​​diluent or carrier.

(3) Eliminate or reduce the storage and transportation process of premix after mixing.

During material transportation, due to the effects of gravity, wind, centrifugal force, friction, etc., the uniformly mixed material changes greatly. The longer the transportation distance and the greater the drop, the more severe the classification. Therefore, it is best to pack the mixed materials directly into bags to avoid or minimize the transportation and drop of the mixed materials, and do not use screw conveyors or bucket elevators as much as possible. The height of the silo should not be too high to reduce or eliminate Separation or classification of mixtures.

Regardless of the type of animal feed mill mixer, proper charging is a prerequisite for the mixer to work normally and obtain the expected results. If the material is loaded too much, on the one hand, the mixer will be overloaded. More importantly, too much material will affect the mixing process of the materials in the machine, which will cause the mixing quality to decrease; if the material is too small, the mixing will not be fully exerted. The efficiency of the machine will also affect the mixing quality. Therefore, no matter what kind of mixer, the filling degree of the material should be effectively controlled, so as to ensure the normal operation of the mixer and make the mixed feed meet the quality requirements.

The determination of the mixing time depends on the mixing speed of the mixer, which is mainly determined by the type of the mixer. Such as horizontal ribbon mixer, usually 3 to 5 minutes per batch, its length depends on the type and nature of the raw materials, such as moisture content, particle size, fat content, etc.; the mixing time of the biaxial blade mixer is less than 2 minutes per batch; For the tumbler mixer, because of its slow mixing effect, a longer mixing period is required.

In the order of adding materials, generally the components with large proportions are added first or most of them are added to the machine, and then a small amount and trace components are placed on the material. Among various materials, those with larger particle size are generally added to the mixer first; while those with smaller particle size are added later. There are also differences in the density of materials. When there is a big difference, the materials with low density are generally added first, and then the materials with high density are added.

Any powder with good fluidity has a tendency to separate. There are 3 reasons for separation:

★When the material falls on a pile, the larger particles fall under the pile due to the larger inertia, and the smaller particles with smaller inertia may be embedded in the cracks on the pile;

★When the mixture is blown or fluidized, with the difference in particle size and density, separation occurs accordingly. 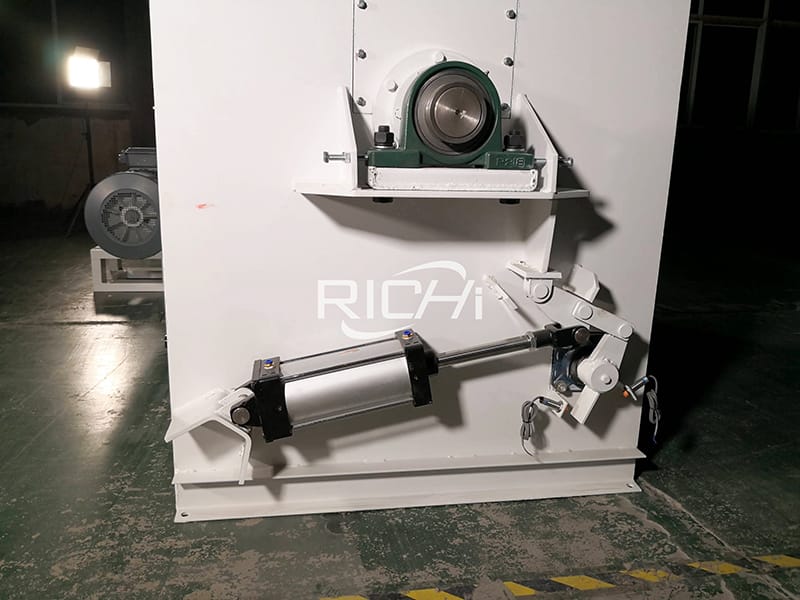 In order to avoid separation, take the following methods:

•Strive to be close to the particle size of the various components of the mixture; or use the method of adding liquid to avoid separation.

•Master the mixing time and do not over-mix. It is generally believed that the materials should be discharged before being nearly uniformly mixed, and the mixing should be completed during transportation or transit.

•Minimize the loading and unloading work after mixing. The less material falling, rolling or sliding, the better. The mixed storage bin should be as small as possible. The mixed transportation equipment is preferably a belt conveyor, and screw conveyors, bucket elevators and pneumatic conveying devices are not used as much as possible.

•The mixer is grounded and antistatic agents are added to the feed to reduce the separation of the mixture due to the adsorption of static electricity.

(5) Frequently inspect and repair the mixer machine for animal feed

As far as the horizontal ribbon mixer is concerned, after a period of use, the wear, damage and deformation of the ribbon, and the increase in the gap between the ribbon and the mixer shell will greatly affect the uniformity of mixing. In addition, the leakage of the discharge door is also one of the important factors affecting the performance of the mixer. In order to ensure the quality of feed products, the operating performance of the mixer should be tested regularly, and timely maintenance should be carried out once every six months.

To sum up, the mixing process in the production of additive premix is ​​actually a very complicated process. In actual feed production, sufficient attention must be paid. The quality control of the production process involves many aspects, from raw material selection, The selection of machinery and equipment, the use of operation, the best process parameters of the mixing process, the sequence of the mixing process, and the operation of personnel. It constitutes a variety of factors that affect the final quality of premix products. Only by comprehensively considering all aspects that affect product quality can we ensure that premix products that meet product quality standards and meet the needs of animal growth can be produced.