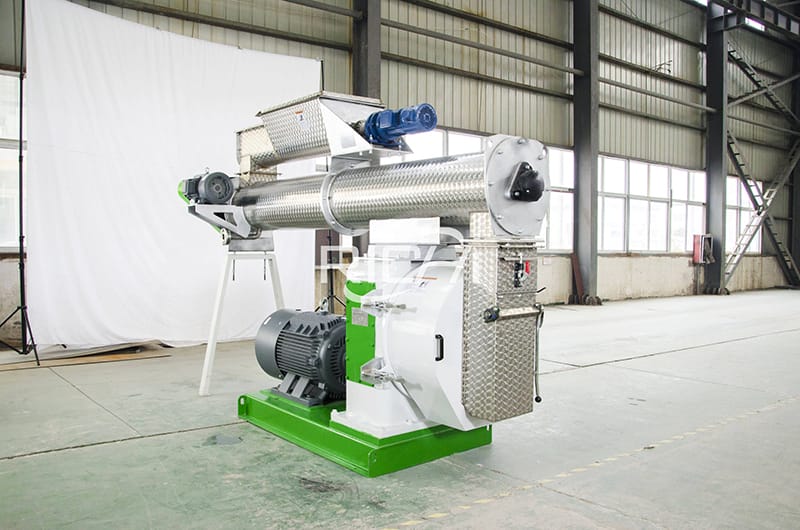 In the current feed industry, there are many complete sets of equipment used to store, process, and transport feed products until they are fed to animals. All of these complete sets of equipment are composed of basic components such as feed storage equipment, feed conveying equipment and feeders, and these equipment may produce material residues. For example, animal feed mixer machine, ring die animal feed pelletizers, screw conveyors, bucket elevators, dust collectors, batching bins, etc. may contain dust and material residues, which may cause pollution to the next batch of feed production.

This process may occur in a single device, or in a combined area of ​​the entire system. For example, in the storage system, the most common feed storage equipment is a vertical silo, most of which are made of metal materials, but also include wood, concrete and other materials. The normal material flow pattern of the silo is that the material directly above the discharge port will fall first, and then the material in the silo will be discharged in a cascade form from top to bottom in a "V" shape. The result is that the material flows step by step from top to bottom until it is discharged.

However, if the slope of the hopper at the bottom of the silo is designed unreasonably, or the amount of molasses and grease in the material is high, some materials can resist the lateral flow and form a material tunnel. People call it a "rat hole", which leads to Large quantities of material residues are produced. In screw conveying equipment, mixers and conditioners, there is generally a proper clearance space between the screw or blade and the machine wall. This gap is necessary to prevent excessive wear between the outer edge of the blade and the machine wall, but at the same time When there is no more material at the discharge port, there is still a layer of material remaining in the machine.

The electrostatic adsorption effect will cause small particles to adhere to the inner wall of the mixer or other equipment. Some drug premix particles are easier to be adsorbed due to their electrostatic characteristics. After the production of medicated feed, sufficient drugs will directly affect the subsequent batches. For feed production, grounding mixing and conveying equipment will minimize this residue, and larger particle size drug premixes will reduce the possibility of electrostatic adsorption residues. Below we have summarized some of the main causes of material residues in feed line processing and transportation equipment.

Dump and base material remains; adsorption (static or damp). 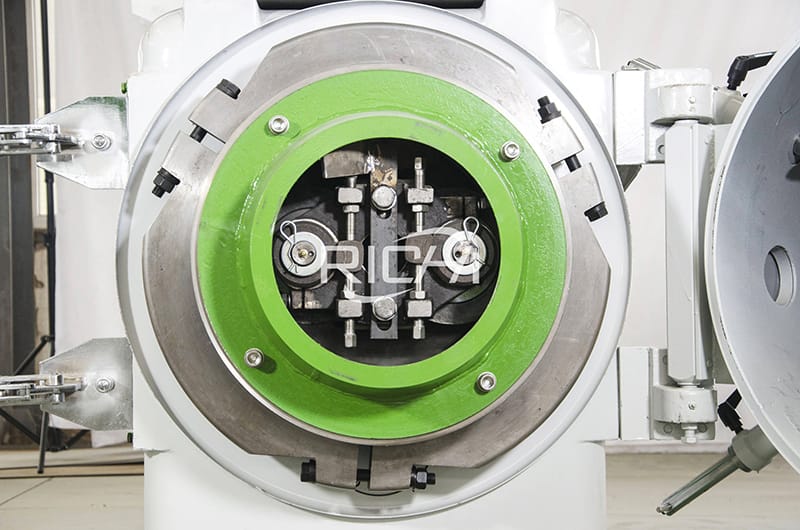 Once the cause of the equipment material residue is determined, the correct countermeasures can be implemented. Usually, equipment adjustments can significantly reduce problems, including repairs, redesigns, or replacement of damaged parts, etc. are all necessary.

While doing a good job in the removal of single equipment residues, we must also pay attention to the process combination between processing equipment to further reduce possible cross-contamination.

（2）The second is the layout of transmission lines. Short-circuit transmission should be used as much as possible to reduce material classification and cross-contamination.

（3）The third is that the mixed medicated powder feed should be pelletized directly.

（4）The fourth is to set up a special storage bin for washing and returning materials in the process design to realize the mechanization and automation of the recycling of these materials.

4. Do a good job in production sequencing and flushing

When producing pre-slaughter animal feed containing drugs during the drug withdrawal period or simultaneously producing and transporting multiple animal feeds, it must be produced in strict accordance with the label and comply with the feed production safety management regulations of the feed factory to avoid drug cross-contamination. The safety management regulations stipulate reasonable operating procedures for all the equipment used in the production and delivery of medicated feed to avoid unsafe pollution between medicated and non-medicated feed. The following is our summary of measures to deal with feed residues.

Measures:Adjust the paddle or ribbon; install the ribbon sweeper; add an air sweeping device; redesign the discharge door to make the discharge safer; add medicine when the material reaches 1/2-3/4 of the mixer capacity; install manual The access door is convenient for manual cleaning and maintenance.

Measures:Adjust the design of the base, the gap between the outer wall of the bucket and the arc bottom of the base is adjustable; add a base cleaning door or air cleaning device for thorough cleaning.

Measures:Manual inspection and cleaning when changing the feeding type; add an air cleaner.

Measures:Flush the equipment; adjust the dryer for thorough cleaning.

Measures:Increase the access door (the length is not less than 70% of the total length of the quenching and tempering chamber); increase the heating device on the outer shell, which is convenient for clearing the adhered materials on the inner wall.

(1) Do a good job in sequencing production.

When individual feed mills need to produce a single breed of feed, such as pig feed, if the piglet feed needs to add drugs containing withdrawal period, the production sequence can be as follows: pig feed containing withdrawal period, sow feed, growing pig feed, finished pig feed. According to this order, the sows should be placed in the finished pig house and fed for a period of time before they are culled into the market. When using the sequential production mode to avoid drug cross-contamination, it is very necessary to make production records and to be able to determine in detail the production information of the previous batch of feed. However, the next batch of replacement production will break this production sequence. In most feed factories, good production sequencing can sufficiently reduce drug residues and eliminate the risk of tissue residues. However, when there are maintenance or design problems as shown above, sequencing production cannot reduce the residues to a very high level. Effective range.

Among the commonly used washing materials, organic materials such as soybean meal, corn flour, secondary flour, and bran are mainly used. For organic materials, such as corn flour, flour, etc., the washing effect of drug residues in feed machinery and equipment is better. Due to the high cellulose content in rice bran, the material is not uniform, the absorption effect of drugs is poor, and its washing effect is not as good as corn flour and flour.

Because stone powder is a mineral raw material, it has good fluidity and is easy to mix in the equipment within the same time. However, because the surface of the powder particles is smoother than other organic materials, it has weak adsorption capacity for drug residues in the machine. The scope of the washing production line is generally from the batching scale to the finished product packing mouth. The amount of flushing material added depends on the system. In the case of no prior verification, the recommended amount of flushing material is 80%-100% of the rated mixing capacity of the feed mixer machine.

When the flushing material passes through the feed processing and conveying system, it should be It is stored separately for use in the next production of the same medicated feed. The name and number of the washing material formed after the washing should be clearly identified and stored in categories, and a complete washing operation table should be formed with the product name and quantity of each batch of washing material to be reused, which should be confirmed before the start of the batching operation the animal feed production line has been flushed and meets the animal feed production requirements.

MOST POPULAR
The effect of animal feed processing technology on feed nutrition 2021-01-15
How to choose feed additive premix for animal feed mill factory? 2021-01-15
Commonly used layer feed raw materials 2021-01-15
How much does a ce good stability 1-10 ton per hour capacity alfalfa hay wood pellet mill cost in Canada and USA? 2021-01-14
Precautions for all stages of pig raising in winter 2021-01-14
How to Control the Moisture Content of Cattle Feed Pellet in Cattle Feed Line Production? 2021-01-13
How to build easy to handle 10TPH stable performance biomass wood pellet production line in Indonesia? 2021-01-13
Why is fish meal the best feed material for the aquaculture industry? 2021-01-13