Why is it more and more difficult to raise broilers?

Take China as an example. Since February 2020, it has become more and more difficult to raise broilers. Many farmers' chickens cannot be slaughtered normally. Even if they can persist until they are slaughtered, the cost of medicine will have to be 1.5~2 times that of the past. The ratio is also very high. Many factors make the farmers unable to make money, and even lose money so that the economic benefits cannot reach the highest value. In this way, some farmers dare not raise them and are always on the sidelines. Why? One is the market situation. If the price of chickens is low, then no one can do it, because if you say it, it doesn't count. The other is that the disease is becoming more and more complicated. What are the factors that make it more and more difficult to raise broilers? 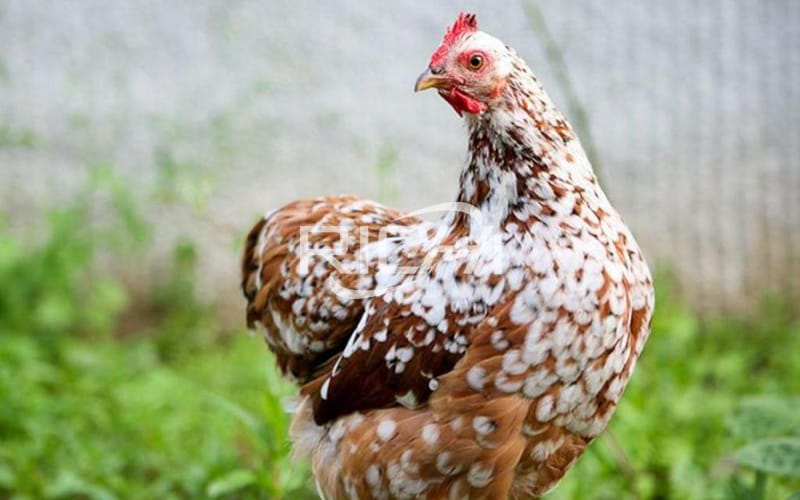 1. The quality of chicken seedlings

Some irregular or poorly managed breeder hatcheries have relaxed the introduction, breeding, disinfection of breeding eggs, purification of special pathogens, and leakage of vaccines for their own interests. Where can the quality of the chicken fry be better? Some farmers just ignore the quality of the chicken fry because the price is cheap, and even buy chicken fry from the epidemic area, which leads to the vertical transmission of many diseases through the breeding eggs, as well as yolkitis and umbilical corditis. And dehydration and other factors directly affect the survival rate of chicken fry. It also increases the difficulty of feeding and management. But having said that, don't hope that every breeder farm will hatch chickens that do not carry germs. This is impossible. Good chicks can be raised badly, but bad chicks are definitely not good. High-quality and healthy chicken fry is the foundation of breeding benefits.

Medicines and epidemic prevention are the guarantee of breeding benefits, and treatment is only a means to solve difficulties for farmers, improve production capacity, and create greater economic benefits. Think about it, everyone. The breeding cycle of a batch of broilers is nothing more than four or fifty days. However, they need to be immunized against Newcastle disease, spreading bronchus, avian influenza, bursal disease, and Newcastle disease. So many vaccines have largely destroyed the body's health. The immune system must know that the vaccine itself is a poison. I don't know if you guys have seen that after death, the thymus gland of some chickens is not a substantial organ but becomes "pancake" or "atrophy", the kidneys are swollen, variegated, the spleen becomes small and necrotic, and the bursa atrophy.

How strong is the resistance of such a chicken? Can a good chicken be raised? And after the vaccine is completed, the drug will be administered immediately, and some do not arrange the medication according to the age at which a disease is prone to occur and the reasonable combination of drugs. Using a certain drug for a long time or blindly administering the drug without diagnosis, not paying attention to the method of use and precautions, increasing the dose at will, and ignoring the body's ability to bear, not only makes the bacteria resistant, and contributes to the prevention and treatment of diseases It has brought difficulties, and has caused waste and increased the cost of breeding. At the same time, a large amount and long-term administration of antibiotics can also cause the body's immune suppression. Not much to talk about immunosuppression. Many farmers have asked why I have been immunized with a certain disease vaccine. Yes, even though you have taken various measures to prevent pathogens from entering the flocks, due to various reasons, the flocks may sometimes be contaminated by certain pathogens, so most chicken farmers based on the prevalence of chicken diseases in the breeder factory and nearby Inoculate several kinds of vaccines at the right time to make the chickens develop a certain resistance.

It is worth noting that although immunization can make chickens have a certain degree of resistance to certain diseases, if a virulent pathogen invades the chickens, it will inevitably cause varying degrees of loss. Chicken farmers must always remember that good breeding management is the most effective way to prevent diseases, and vaccination is auxiliary. Do not reverse the priority, thinking that everything will be well after vaccination and relax the management .

In order to ensure profits, some feed mills do not add nutrients or preventive drugs or do not have sufficient dosages, which leads to poor growth of the body and an increase in feed ratio. What's more, some feeds contain mycotin, which directly causes the atrophy of the immune organs and the decline of the body's immunity, resulting in the secondary or concurrent occurrence of various viruses, bacteria and mycoplasma, and the economic loss is impossible to estimate. Therefore, feed is the basis of breeding efficiency.

Generally speaking, environmental factors are environmental stresses. Environmental stresses include, abnormal, house temperature, ventilation, density, light, breeding methods, breeding equipment, and high temperature, low temperature, Gale, sand, fog, etc. The environment is the condition of breeding efficiency. The climate this spring was particularly abnormal. The temperature fluctuated from high to low, and the temperature difference between morning and evening was large, making it difficult for farmers to grasp the appropriate temperature. This increased the incidence of influenza, bursa of bursa and spreading viruses in a large area this year. The households brought greater economic losses. If the external environment is well managed, the source of foreign infectious diseases can be cut off and the chance of chicken disease can be reduced.

Some farmers think that they know everything after raising chickens for a few years. They dissect, diagnose, and prescribe medicines when they are sick. They treat veterinary pharmacies as supermarkets. Minor ailments are fine, but they are the ones who suffer from serious diseases. Some farmers simply don't believe in veterinary drug manufacturers, and blindly increase the dose of the drug, causing the body to be poisoned and directly causing economic losses. Some veterinarians have poor skills and fail to accurately diagnose the condition, causing delays in the condition and missing the best treatment time, increasing the difficulty of treatment and increasing the cost. For example, when some technicians see a case of pericardial liver during clinical dissection, they are directly diagnosed as Escherichia coli. This diagnosis is one-sided. The single incidence rate of E. coli is very low, and it is usually triggered by other pathogens or concurrent infections. Therefore, once E. coli appears, the root cause of the disease must be found, and then the symptomatic and cause treatment can be used to make the drug play its role. The highest efficacy.

There is also a coccidiosis. Coccidiosis is very harmful to chickens and should be paid attention to, especially the small intestine coccidia, which is not easily recognized and ignored. This is that some chickens eat a lot of food but do not grow well. Well, it is different in size, uneven, pale face and pale comb. In addition, because the early coccidia infection can cause the immune failure of the bursa of Fabricius, because the coccidia eggs reproduce at the same time, they cause damage to the intestinal mucosa, even if there are no symptoms of coccidiosis (the first generation of fission period), The main target of the bursal vaccine antigen is the intestinal mucosa. When the intestinal mucosa is damaged, antibodies to bursal disease will not be produced normally, which directly leads to immune failure and immunosuppression. The body is under the action of two immune factors, leading to the chain occurrence of other viruses and bacteria. Several pathogens invade the body at the same time, causing mixed infections in the later stage. This is one of the main reasons why broilers cannot be slaughtered normally and the breeding efficiency is not high.

3.How to start a broiler chicken feed plant?

4.how to make chicken feed pellets for broilers?

10.Quality control of poultry broiler feed and its raw materials

Previous: From what aspects can it be seen that broilers are difficult to raise Next: Scientific management in the process of broiler breeding