The animal feed mixer plays a pivotal role in feed production. It can be said that no matter how advanced the technology is, the batching system will become meaningless without the feed mixer. Therefore, the quality of the mixer is directly related to the survival of the feed mill. 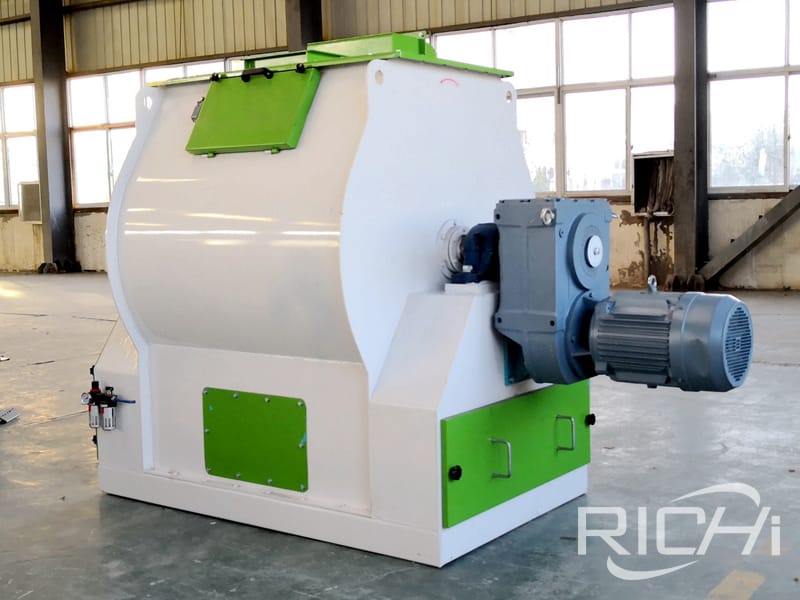 1. The structure of the feed mixer

The mixer machine for animal feed is composed of a casing, a rotor, a discharge door, and a motor. The structure of its rotor determines the principle of mixing. This can be fully illustrated by the different mixers produced by our company in different periods. For example, the HJJ ​​type produced during the National Sixth Five-Year Plan, the rotor structure is an internal and external reverse double spiral, and its mixing principle is material convection. At present, RICHI adopts the advanced model SLHY. In addition to convection, the rotor of this model also incorporates the principle of turning.

The structure of the spiral ribbon is a reverse single spiral. Besides, the two-shaft paddle mixer, which is currently the most popular among users in China, has changed the mixing principle of the past; it is directly rotated by the blades of different angles on the two main shafts. Under the action, the materials are scattered and mixed overlappingly, which enables the materials to be completely mixed more fully and effectively, thereby greatly improving the uniformity of mixing. The CV value ranges from ≤10% of HJJ to ≤7% of SLHY to ≤5% of biaxial, which fully shows that the structure is the key to changing the uniformity.

2. Leakage of the mixer

Because the feed powder mixer is a device that seals and mixes the materials precisely prepared by the ingredient scale. Therefore, leakage during mixing will directly reduce the uniformity of mixing. Change the feed formula, so the leakage problem is the enemy of the mixer. However, due to the frequent opening and closing of the mixer's door and the fineness of the material, the mixer leakage occurs frequently in the feed factory.

So what are the factors that cause material leakage in the mixer? To solve this problem, we should first understand the structure of the discharge gate. 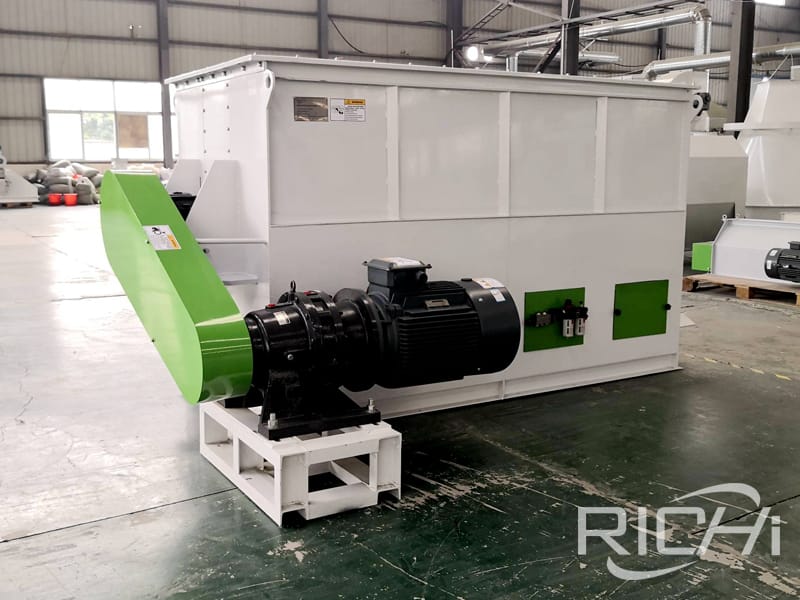 The mixing time is mainly determined according to the different materials of different feed factories. The time given in the product manual of our mixer is only a reference time.

The residue of the mixer refers to the undischarged part of the mixer that remains inside the body after discharge. This part of the material is mainly determined by the gap between the rotor and the machine slot and the size of the discharge door. This is mainly determined by the manufacturing quality and maintenance. It's more difficult to get up. As a user manufacturer, of course, I hope that as few as possible, it is unavoidable as a production unit. On this point, China has regulations that require ≤2' (the raw material is corn, and the particle size is φ2)

(1) The discharge door mechanism should be flexible in movement, and the equipment dust should be removed frequently.

(2) Each bearing should be replaced with grease regularly, and the grease should be sodium-based grease.

(4) Cycloid pin wheel reducer has been injected with sodium-based grease when leaving the factory. Customers should be careful not to add additional mechanical oil when using it. The grease should be replaced after 1000 hours of operation.

(5) The oil mist on the pneumatic connecting parts should be added in time. The oil mist should be sewing machine oil or transformer oil, and the water collection cup should be drained frequently.

(6) Frequently check whether the discharge door is leaking.

(7) If there is any foreign matter in the mixer, it should be shut down immediately for removal.