How to reduce the water and power stress of laying hens?

With the continuous expansion of the breeding scale of laying hen farms, the number of chickens in a single building has gradually increased, and the degree of mechanization in the house has further improved. Therefore, improvements have been made to the infrastructure construction and water supply and power supply guarantees in the farm. High demands. The impact and loss of water and power failures on chicken production and chicken farm benefits cannot be ignored. 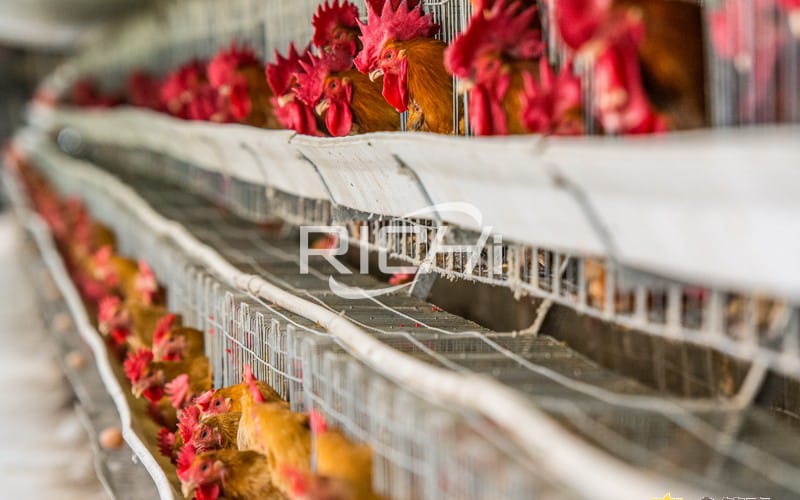 1. Harm to chickens caused by water cut and power cut

After the water cut phenomenon occurs, it will first cause the chickens to lack water, and further lead to a decrease in feed intake, weight loss and egg production. When the dehydration reaches 15% of the total body water, it will cause the chicken to die.

After the power outage occurs, it will simultaneously cause the water outage phenomenon, and then cause the above-mentioned series of water outage problems. At the same time, because the fan stopped working, the temperature in the house increased, the breathing rate of the chickens increased, and the lack of oxygen was caused by the inability to ventilate.

In addition, the power failure caused the lighting equipment to stop working, and the disturbance of the lighting time caused the hormone disorder in the chicken population, which in turn caused the egg production to drop.

The damage caused by water cuts and power cuts to chickens is related to the length of time it occurs. Short time and small impact will cause the egg production of chickens to decrease, and long time and large impact will cause chicken deaths.According to statistics, power outages in summer for longer than 1.5 hours will cause heat stress in the flock and cause a large number of chicken deaths, and the loss is immeasurable.

(1) Measures to reduce the stress of water cutting

However, the impact of water cuts on the flocks cannot be ignored. When the water cuts occur in the chicken coop, the following measures should be taken in sequence:

(2) Measures to reduce the stress of power cutting

There are many reasons for the power failure of the chicken house, and corresponding measures should be taken according to different situations:

It is necessary to communicate with the power supply department in the region in time to determine the duration of the power outage, and promptly start the self-provided power generation device for power supply.

Use the equipped cable to temporarily connect the wires from the neighboring chicken coop, and you need to make preparations for connecting the temporary wires in advance to supply power in the shortest time.

③Power outage caused by rain leakage in the distribution cabinet

Start the fan from the temporary wiring of the fan power distribution cabinet at the rear of the chicken house.

Turn off the power of all fans first, then open the small ventilation windows, the front and rear doors of the chicken house, and prop up the fan shutters; when the chickens start to have symptoms of breathing difficulties, the water curtain should be quickly removed to maintain natural ventilation to ensure oxygen supply;

3. Measures after restoration of water supply and power supply

After the power supply is normal, the fans need to be turned on one by one to avoid the instantaneous overload power consumption damaging the electrical equipment; after the power supply and water supply are restored, add anti-stress substances in the drinking water and increase the number of screeds; according to the power failure time, the light time should be appropriately extended that night .

In summary, the occurrence of water and power outages is caused by the failure of water supply and power supply infrastructure, and the inadequate grasp of the details of daily feeding management. The loss to the layer farm is huge.

However, through the establishment of regular maintenance and repair plans for power and hydraulic infrastructure, it is believed that water and power outage accidents can be completely avoided.

How to make chicken feed for layers

How to get more benefits in the late laying period of laying hens?

Laying hen feed formula should be adjusted in hot season

The effect of feed additives on poultry

Can laying hens and laying ducks use the same feed?

Previous: Broiler breeding technology in plastic shed Next: Prevention and control of laryngitis after immunization