Reduce the cost of raising pigeons, you can replace corn like this

Recently, many farmers have asked about the price increase of corn, whether there is any substitute for the raw corn grain, especially when the new year is approaching, the sudden increase, which makes many farmers panic, and some friends are hesitant. Do you want to buy more at a time and store it back? Even in some places, it may not be sold. The farmers think that as long as they can save their lives, they can feed less. So is there any substitute for corn price increase? 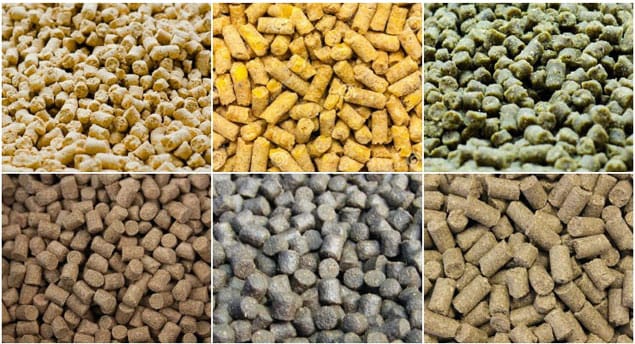 1. When the price of corn increases, there will be substitutes, and it will not be cheap anymore.

The reason why corn has become the most widely used feed in the aquaculture industry is mainly to supplement the energy necessary for growth. On the other hand, because of its low price and cheapness, it has become one of the animal feeds. It has to be said that corn has good palatability and high energy, and it has the reputation of the king of feed and the king of energy.

This year the number of people raising pigs and cows has increased, and the demand for corn has naturally increased, which has caused the price of corn to continue to rise. However, if the price of corn continues to rise, then corn will become less cheap, and many alternatives will appear.

There are still many varieties that can be used as energy feed. Corn, rice, sorghum and wheat are all very high-quality energy feeds. It's just that corn is the most cost-effective overall. On the one hand, there are large rural areas in the north that grow corn on a large scale to ensure the supply of corn. On the other hand, corn is not the staple food of people, so the price is relatively low.

The above four energy feeds, rice and wheat are also very good, but they are human’s staple food, so they are definitely not suitable for farming. As for sorghum, it can be fed to pigeons, but the planting area of ​​sorghum is small, far from being able to meet the needs of the market, and the price is not cheap.

Of course, if the price of corn continues to rise, such as 1.5 yuan per catty, which is much higher, sorghum will have a good price/performance ratio. However, the price of the wheat just harvested this year is only 1.2 yuan per catty. There is a large amount of water and wheat husks, but the price is not expensive after sun-dried and threshed. If the price of corn rises again, many people may use wheat to feed pigeons.

The price of corn continues to rise, and it is possible that the use of sorghum wheat to feed pigeons has begun to become cost-effective. But if you really want to use wheat to feed the pigeons, the impact will be great, which poses a big challenge to food security. At that time, the shortage of the wheat market will cause grain prices to rise, which is really going to be a mess. Therefore, in order to avoid this situation, it is necessary to control corn not to continue to rise. If it continues to rise, the reserve corn will be put in a large amount at that time, and a large amount of imported corn will continue to come back. Anyway, it is impossible to keep the corn rising.

It is precisely because of a series of influences that the price of corn cannot be increased all the time, and friends who raise pigeons can rest assured. However, the price of corn is not cheap now, we still need to control the breeding cost and reduce the risk.

The effect of feed additives on poultry

Quality control of poultry broiler feed and its raw materials

How to use five types of feed to make livestock and poultry grow fast and well?

Previous: Can fat be added to the animal feed? Next: Feeding new corn and old corn to sheep, you need to know these details